Ms Ilona Alsters – LLM LLB GradDipLegPrac GIA(Cert) GAICD
Ilona holds a Bachelors degree and Masters in Law, a Graduate Diploma in Legal Practice and holds a Certificate in Corporate Governance. Ilona is also a graduate of the Australian Institute of Company Directors. Ilona also is the recipient of a Pink Plate – 2015 All-Ladies-Day Combined Districts Kart Club. Ilona also is currently Chair and President of Hoxton Industries Limited and a Director of  Disability Sports Australia Limited. Ilona first joined the Board in September 2017.

Mr Ben Aylen – CAPM, MAICD.
Ben has been an IT professional for over 20 years and currently works as a Senior Project Manager, responsible for the delivery of multi-million dollar projects for the ATO.  He has also participated in karting since 1987 and has most recently performed the role as Promotions Director with Canberra Kart Racing Club. Ben has also recently completed the Foundations of Company Directorship Certificate through the AICD.

Mr Shane Glanville – B. Business CPA JP.
Shane has been an accountant for over 25 years and has held a number of Group Financial Controller and Finance Directors Roles within multi-national and Australian organisations. Shane has also been involved in karting at Wollongong Kart Raceway. Shane is a Certified Practising Account (CPA) and a member of the National Tax & Accountants Association (NTAA) in addition to being a Justice of the Peace. Shane has also completed a Bachelor of Business (with Credit) from the University of Technology in Sydney.

Mr Nicholas Becker – Studying Bachelor of Commerce.
Nicholas has been involved in Karting for all of his life as a family of 3 generations of Karters and he has been racing since 2009 . Nicholas holds the title of the 2019 State Champion in the Senior Performance Heavy class. Nicholas is currently working in the rail industry as a protection officer. ​

Mr Jesse Landry
Born in Canada, Jesse has international business experience working in Australia, Canada, and the UK. He brings over a decade of media experience including traditional print media, digital, marketing & advertising, and PR & communications in B2B and government. Jesse’s focus is to work with our board to explore and identify corporate business opportunities, and advise and manage sponsorship activities.

Director of Member Training and Education:

Mr Phil Middleton
Phil is an experienced Workplace Trainer and a true Subject Matter Expert in this field. Additionally Phil has been a Track Inspector for Karting NSW for several years and will continue to perform this role, as well as the perform th role of Director of Member Training and Education volunteering in both capacities.

Mr Matt Hill – 0405 133 544
Matt is an endurance karting specialist and brings with him extensive karting experience. Matt has been heavily involved with The Endurance Karting Association (TEKA) for many years and has enjoyed contributing to the clubs growth and success. Matt is also a member of the Engine Review Committee and has a wealth of knowledge in regard to both 2 stroke and 4 stroke karting.
Matt’s role as the Director of Group Welfare and Karting Operations Southern Area has been extended to also include Speedway and Endurance Karting.

Mr Craig Sargent – 0428 693 365
Craig has over 45 years of karting experience including holding positions as Grade 3 Karting Official & Scrutineer, Chairman of NSW Southern Stars Series since 2014 and Life Member of the Grenfell Kart Club.

Mr Darren Chick – 0448 921 162
Darren has over 14 years of Karting experience including holding the position of President and Delegate for Manning Valley Kart Club. Darren has raced karts for many years, and also has an extensive knowledge of all areas of club administration. ​ 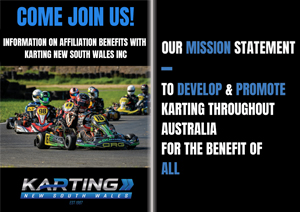 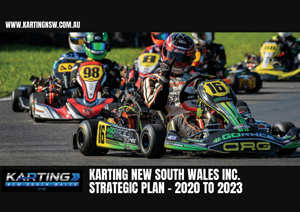